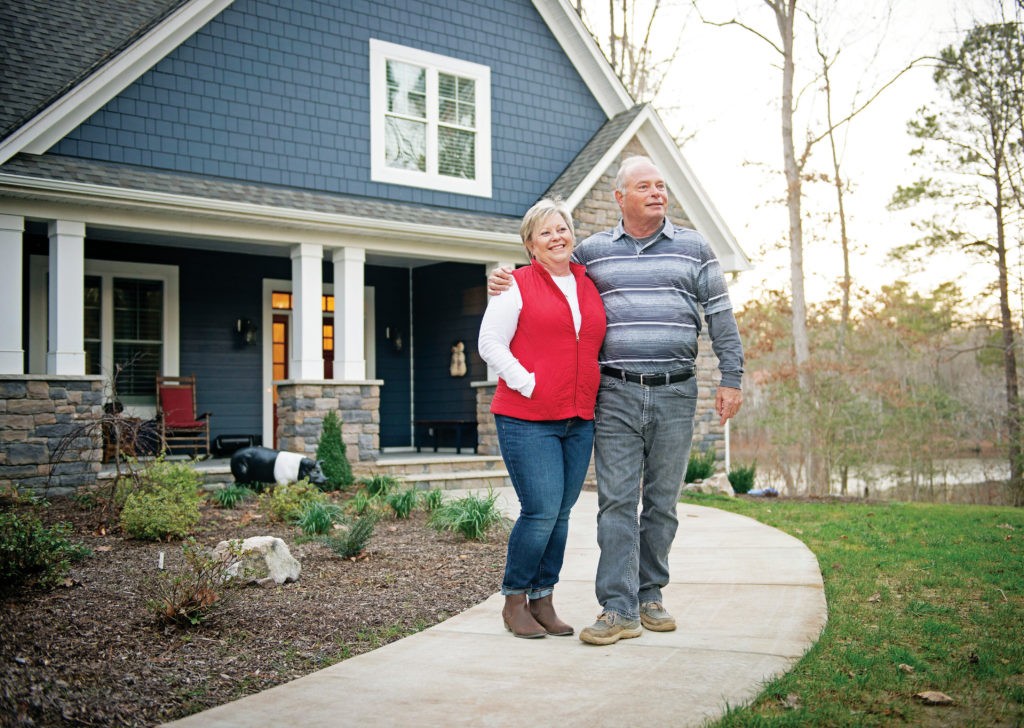 Searching for “water near Richmond” while sitting on her couch in 2015, Trish Godfrey stumbled onto a lakefront community she’d never heard about. It was buried in the rustic reaches of southern Chesterfield, amid sprawling horse farms and tree-shaded country roads, far removed from the more populated suburbs located closer to the capital city. Trish and her husband, Shawn, were at the doorstep of retirement. They both worked at James Madison High School in Fairfax County. She was an instructional assistant; he was the school’s building engineer. Their children from previous marriages (Trish and Shawn married in 2007) had all moved out and were starting their own families. And the Godfreys were itching to escape traffic-clogged Fairfax.

The search for their dream home revolved around a basic premise: It could be no more than an hour’s drive from Trish’s two children, and two grandchildren, who had settled in Hanover and Henrico counties. Shawn’s three kids had spread out – in Nevada, Utah and Winchester, Virginia – so Central Virginia was the logical choice. And, of course, they loved the water.